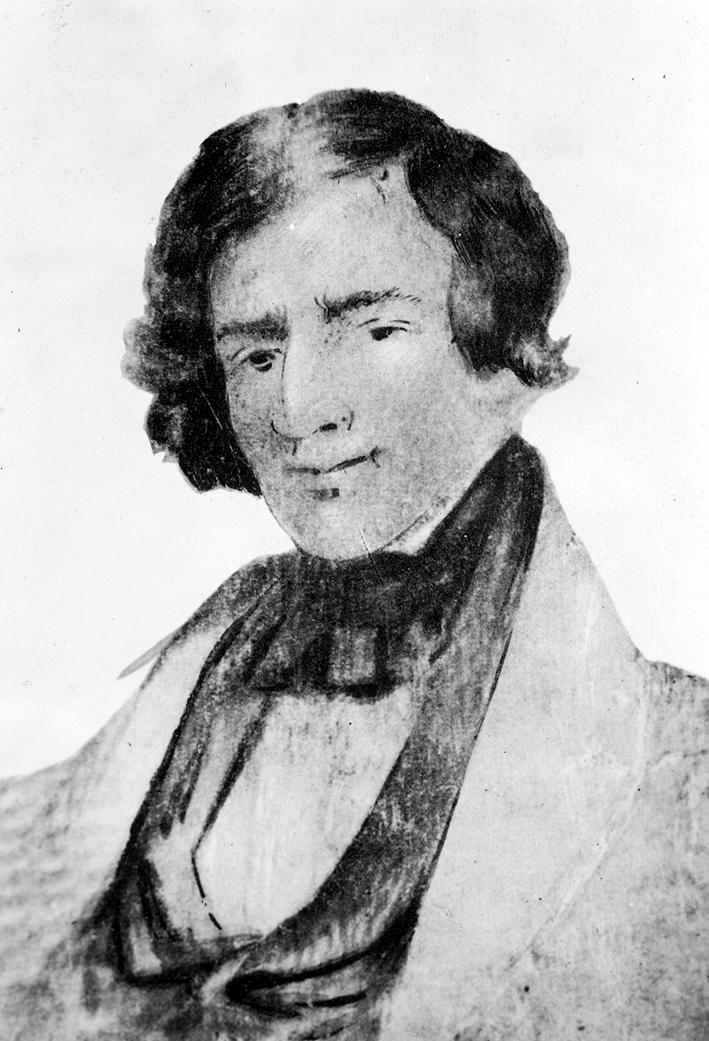 Who is Jedediah Smith?

Jedediah Strong Smith (January 6, 1799 – May 27, 1831), was an American clerk, transcontinental pioneer, frontiersman, hunter, trapper, author, cartographer, and explorer of the Rocky Mountains, the North American, West, and the Southwest during the early 19th century. After 75 years of obscurity following his death, Smith was rediscovered as the American whose explorations led to the use of the 20-mile (32 km)-wide South Pass as the dominant point of crossing the Continental Divide for pioneers on the Oregon Trail. Coming from modest family background, Smith traveled to St. Louis and joined William H. Ashley and Andrew Henry's fur trading company in 1822. Smith led the first documented exploration from the Salt Lake frontier to the Colorado River. From there, Smith's party became the first United States citizens to cross the Mojave Desert into what is now the state of California but which at that time was part of Mexico. On the return journey, Smith and his companions were likewise the first U.S. citizens to explore and cross the Sierra Nevada and the treacherous Great Basin Desert. In the following year, Smith and his companions were the first U. S. explorers to travel north from California (on land) to reach the Oregon Country. Surviving three Native American massacres and one bear mauling, Jedediah Smith's explorations and documented travels were important resources to later American westward expansion. In March 1831, while in St. Louis, Smith requested of Secretary of War John H. Eaton a federally funded exploration of the West, but to no avail. Smith informed Eaton that he was completing a map of the West derived from his own journeys. In May, Smith and his partners launched a planned paramilitary trading party to Santa Fe. On May 27, while searching for water in present-day southwest Kansas, Smith went missing. It was learned some weeks later that he had been killed during an encounter with the Comanche – his body was never recovered. After his death, Smith's memory and his accomplishments were mostly forgotten by Americans. At the beginning of the 20th century, scholars and historians made efforts to recognize and study his achievements. In 1918, a book by Harrison Clifford Dale was published covering Ashley-Smith's western explorations. In 1935, Smith's summary autobiography was finally listed in a biographical dictionary. Smith's first comprehensive biography by Maurice S. Sullivan was published in 1936. A popular Smith biography by Dale Morgan, published in 1953, established Smith as an authentic national hero. Smith's map of the West in 1831 was used by the U.S. Army, including western explorer John C. Frémont during the early 1840s.

In What Year(When) Jedediah Smith Died? Date of Death, What Year Did He Die?

How old was Jedediah Smith when died?

How many years ago did Jedediah Smith die?

How many days has Jedediah Smith been dead?

It has been approximately NaN days since Jedediah Smith died.

How many months has it been since Jedediah Smith died?

Where did Jedediah Smith die? Place of Death

When was Jedediah Smith born?

Where was Jedediah Smith Born? Place of birth

How old would Jedediah Smith be today if were alive?

Jedediah Smith, who died in NaN, would have been 224 if were alive today.